On Thursday, November 10, 2016, Marco Rodríguez, General Director of Hijos de Salvador Rodríguez, SA, received the Food Prize of Spain 2015 for Food Internationalization, from the hand of the Minister of Agriculture and Fisheries, Food and Environment, Mrs. Isabel García Tejerina. 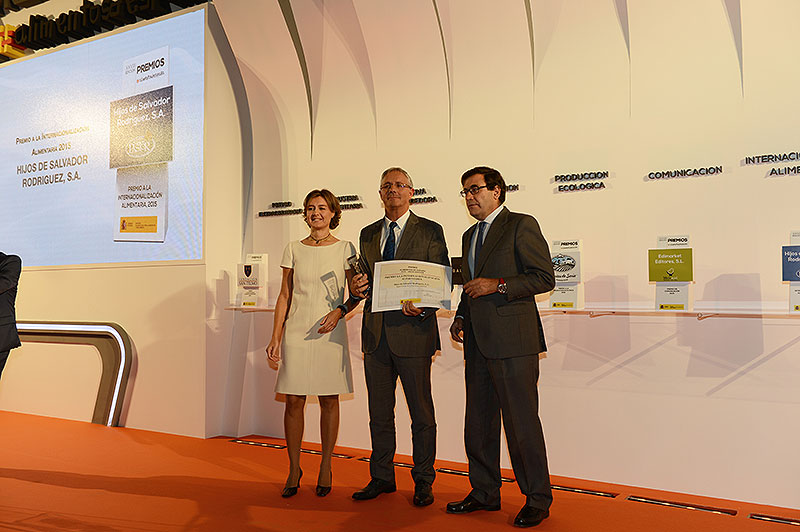 The Alimentos de España award for Food Internationalization honors Hijos de Salvador Rodríguez, SA for its long experience, of more than 30 years, in exports, becoming a benchmark in the Spanish cheese sector. The Minister of Agriculture appreciated Quesos El Pastor (Hijos de Salvador Rodríguez, SA), the fact that, from a small town like Santa Cristina de la Polvorosa, "They have brought to the whole world an authentic delight from the land of Zamora".

Marco Rodríguez, CEO of Quesos El Pastor, stressed that they are 30 years of "going out a lot and chopping a lot of stone" with a project that began its journey "making cheese by hand and collecting milk with a donkey", now becoming a national benchmark.

Quesos El Pastor, has created an export department with support for agents established abroad, through informative actions, market studies, consumer habits, legislation studies and the different forms of access to foreign markets. They also organize visits to their facilities, so that the Spanish agri-food sector is
known inside and outside our borders.

Thanks to its perfected internationalization strategy, Hijos de Salvador Rodríguez, with its brand “El Pastor”, Is present in more than 48 countries around the world, in some of them with significant market shares. 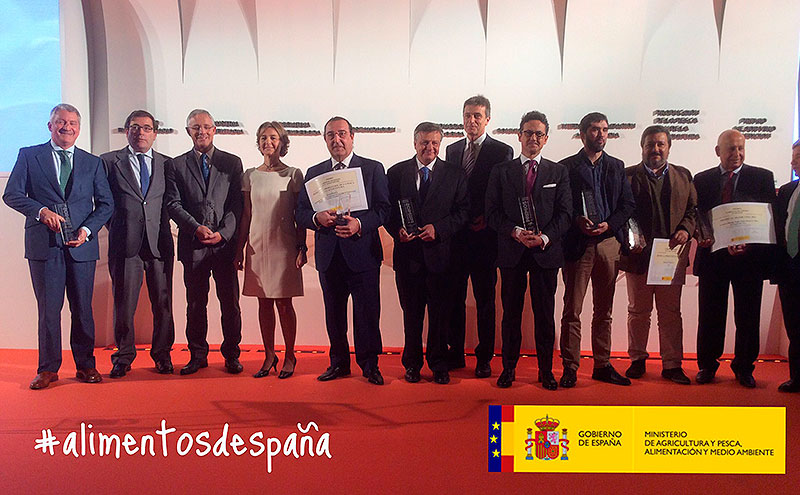 Photo of the group of the 2015 Spain Food Award winners together with Ms. Isabel García Tejerina, Minister of Agriculture and Fisheries, Food and Environment.