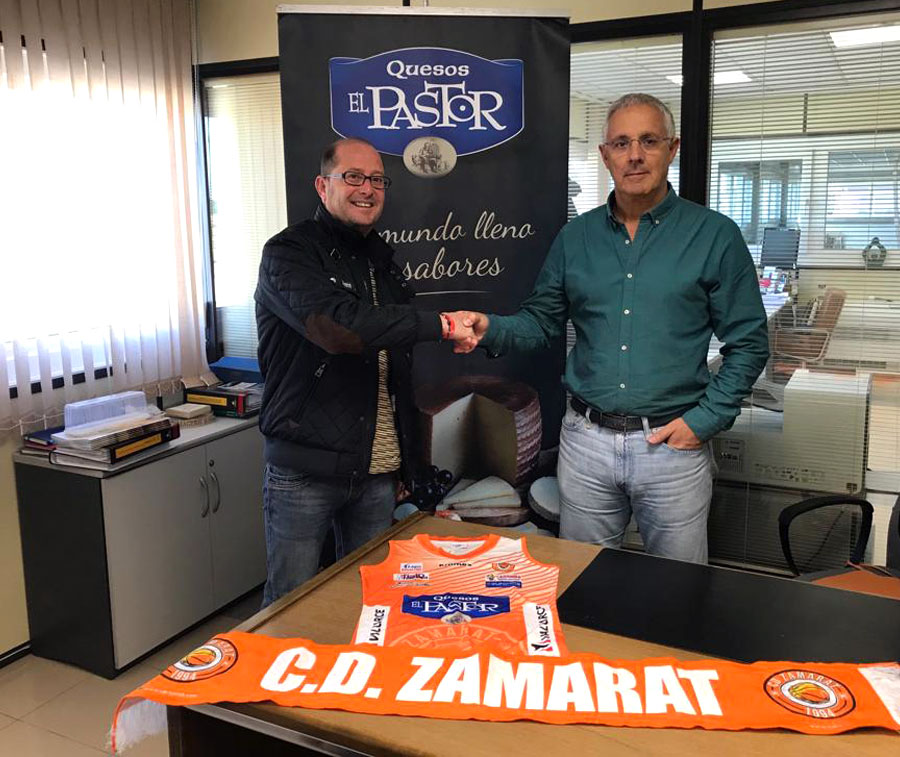 For the fifth consecutive season, Quesos El Pastor It will name CD Zamarat in the elite of national women's basketball.

Quesos El Pastor maintains its firm conviction for the development of a social action in its closest environment. For this reason, and within its support for sport, it has signed the renewal of the main sponsorship of Club Deportivo Zamarat, a team that will compete for the ninth consecutive season in the highest competition in Spanish women's basketball, the Liga Día.

The 2019/2020 season will start on September 28 and Quesos El Pastor will continue to name the Zamorano club. With this there are already five seasons supporting the orange team, reaffirming their commitment to women's sport. Marco Rodríguez, General Director of Quesos El Pastor - Hijos de Salvador S.A., and Carlos Baz, President of CD Zamarat, signed the sponsorship agreement at the cheese factory facilities in Santa Cristina de la Polvorosa (Zamora).

CD Zamarat
The Club has become, in its more than twenty years of existence, in one of the first women's basketball teams in Castilla y León, while it has established itself with the Women's League after eight seasons in the top flight.

From a family cheese factory to a benchmark in the production of quality cheese
Quesos El Pastor was born in 1967 as a humble family cheese factory. Today, 50 years later, it is a clear benchmark in the production of quality cheese. The company, founded in 1967 by the brothers Lorenzo, Salvador and Domingo, is currently managed by Marco Rodríguez, the second generation of the family. Years ago, the grandfather Salvador Rodríguez, whose name accompanies the company's name, had already taken some steps in the cheese world.

The tireless work of the entire team of Quesos El Pastor It has been recognized by numerous accolades and awards. In this way, the tenacity and effort of each and every person who is part of this great family is valued. This great team pampers the quality of the products and puts them on the market in the most appropriate way. Every detail of the process is taken care of, in order to satisfy the needs of the consumer.